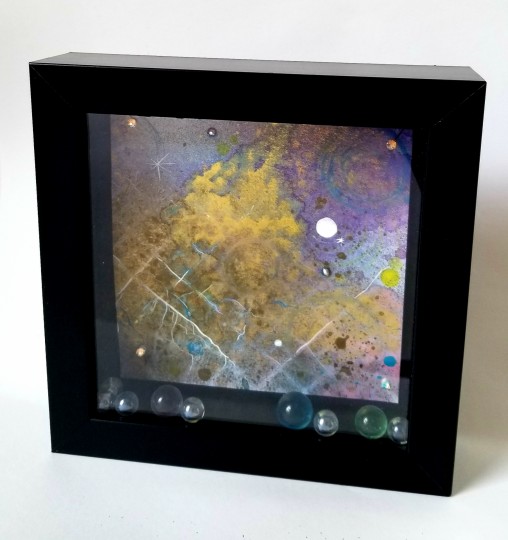 INDRA’S NET(WORK) SERIES Lark Keeler Integrating ancient and timeless techniques and metaphors, rather than utilizing new digital technologies to illustrate an abstracted portrait of social media, this series of artwork explores the concept of universal interconnectedness found at both the micro and macro levels of existence and within digital society. The allegory of the jeweled net of Indra, found in Buddhist and Hindu literature, describes extraordinary, glittering gems hanging in the intersections of an infinitely large, net-like spider web, reflecting all of the other gems positioned at all of the other intersections. The imagery references interrelationships, interdependency, and conceptual reflection. When one jewel in the net is touched, all of the other jewels vibrate and are effected, each reflect all of the others within, connecting the energy, movement and beauty, demonstrating the intertwining of a network that surrounds the totality our being. This brilliance of the allegory touches upon the idea of a unified matrix of a collective consciousness, more apparent than ever in social digital structures, intimately woven together and reflective of a whole, as well as quantum physics and Bell’s Theorem (events happening in one place can have an effect on other particles not in the same space), the search for the “theory of everything,” and the Unified Field. 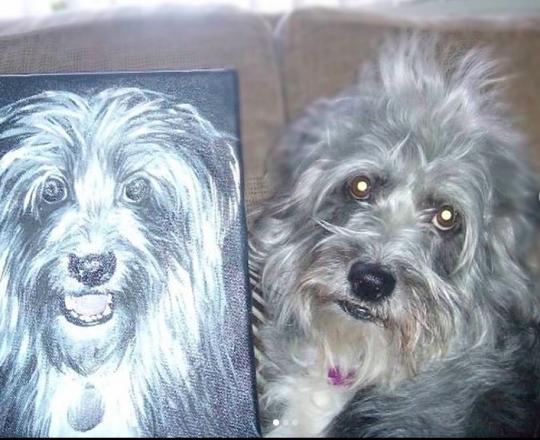 Commissioned portraits of people and pets in acrylic paint on canvas. 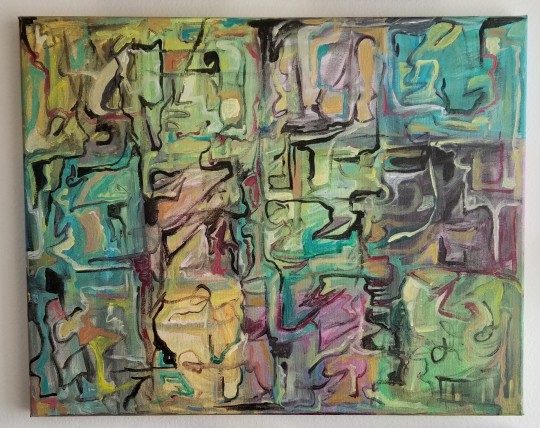 An exploration of materials, techniques, and concepts through the elements and principles of art. 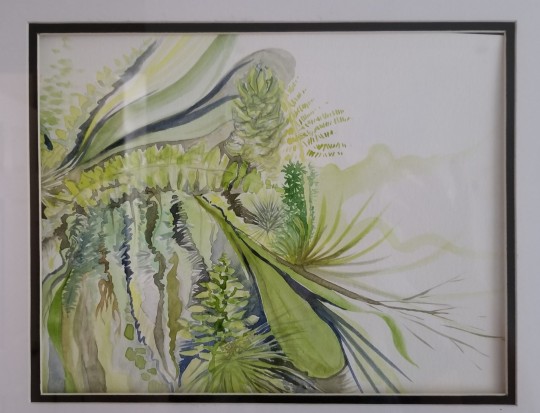 Studies and celebrations of plant life. 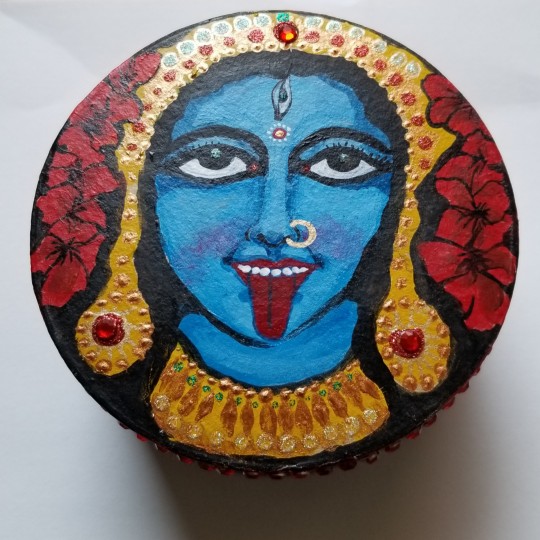 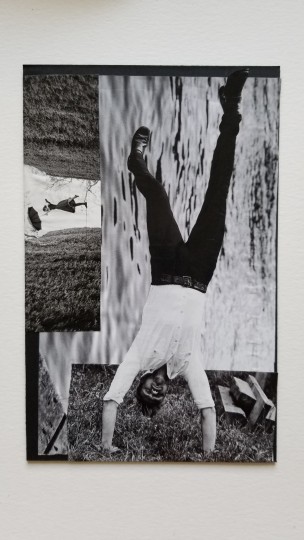